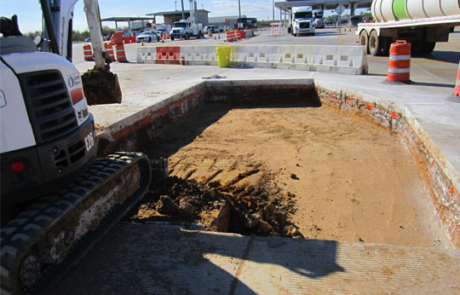 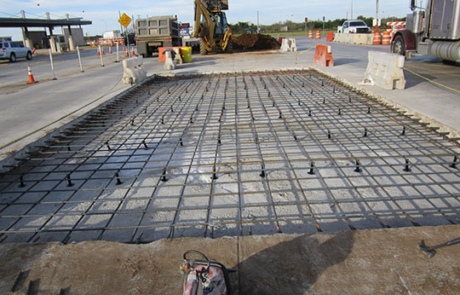 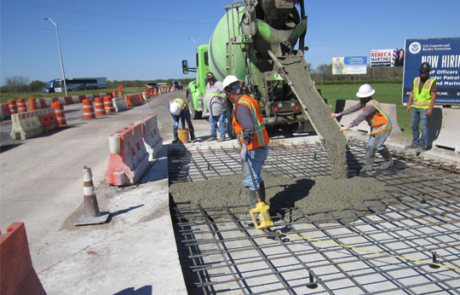 The Laredo, TX border crossing has the highest volume of truck traffic of all US/Mexico border crossings. The Border Patrol Traffic Checkpoint on IH 35 North, 29 miles north of Laredo, had concrete pavement failure at several locations due to the high volumes of truck traffic. The Border Patrol identified areas urgently requiring removal of the existing concrete and replacement with a new pavement section. The work area was confined to Truck Lanes 5 and 6 and only one of the two lanes could be closed at any time. The work included the construction of a new asphalt temporary lane for traffic diversion during concrete paving repairs.

The new concrete cured for seven days prior to opening the lane to traffic. After approximately 30 days of curing, all concrete joints were sealed with an elastomeric, self-leveling polyurethane sealant. All work conformed to Texas Department of Transportation specifications.