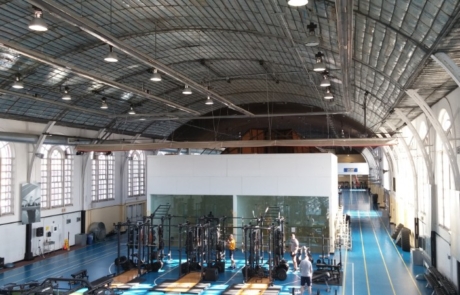 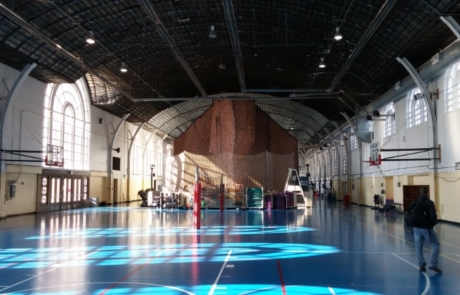 Under a $50M Design-Build IDIQ Multiple Award Construction Contract (MACC) for the NAVFAC Midwest, MS2 managed the installation of a new FAMNS including supporting electrical service throughout Buildings 4 and 4a, which did not have an existing fire alarm or mass notification system. The system that MS2 provided will notify building occupants of a fire or other events such as severe thunderstorms, tornados, active shooter situations, carbon monoxide gas detection, and toxic material release. The system is comprised of:

The large area and height of Building 4 posed problems for both audibility and intelligibility (echo prevention) of the FAMNS. MS2’s approach used visual notification appliances on the perimeter of the building and two state-of-the-art omni-directional speakers mounted near the ceiling to provide audible notification. This provided appropriate levels of both audibility and intelligibility throughout the large, cavernous space.

All other toilet rooms, entry spaces, mezzanines, offices and all spaces in the Armory Building 4A now have wall-mounted, combination audible/visible devices with a speaker, clear strobe, and amber strobe. MS2 also installed smoke detection for all typically unoccupied spaces such as store rooms, closets, vestibules, and similar spaces.